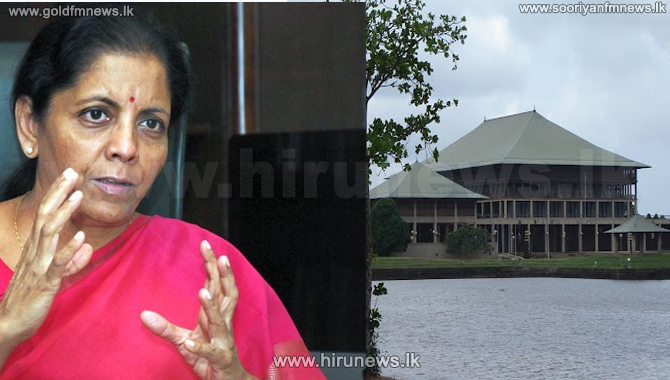 Two British scholars are scheduled to arrive in the island today, to advice on devising the new constitutional draft bill.

Chairman of the Public Representations Committee on Constitutional Reforms Attorney-at-law Lal Wijenayake told our news team that the British scholars. Sir Geoffrey Joel and Daniel Greenburg are expected to attend a workshop as well.

The workshop, which is to be held at the parliamentary complex from the 26th to 28th of this month, will draw attention to drafting the new constitution in a simplified manner.

Following the presentation of constitutional reforms, the Operations Committee which was appointed by the Constitutional Council, appointed 6 sub committees.

The recommendations of these sub committees have been presented before the Operations Committee.

During the three-day visit to the island, Minister Sitharaman is scheduled to hold discussions with the Sri Lankan Minister of Development Strategies and International Trade Malik Samarawickrama and other state representatives.

During discussions, views will be exchanged between the two countries regarding trade affairs, transportation as well as power and energy agreements and foreign affairs.

Minister Samarawickrama will also discuss the proposed Economic and Technical Cooperation Agreement with the Indian Minister of Commerce.

A ministerial press release noted that the second round of discussions on ETCA will be held in New Delhi on the 29th and 30th of this month.