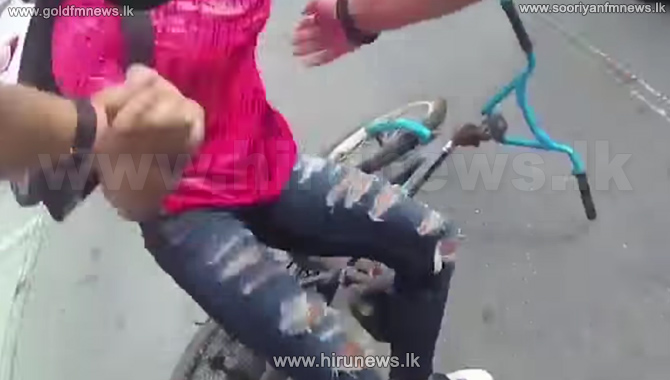 Police in Maryland released body-camera footage of an officer pepper-spraying a handcuffed 15-year-old girl who they say refused to cooperate after her bike collided with a car, saying it was a last resort action to de-escalate a potentially dangerous situation.

Officers with the Hagerstown Police Department responded to a reported collision involving a car and a bicycle at Randolph and N. Locust Streets at about 2:30 p.m. Sunday, where the driver of the car told police that a teenage girl hit his car and attempted to leave, refusing medical attention at the scene.

He told police that she rode through a red light and shows cops the damage on his car.