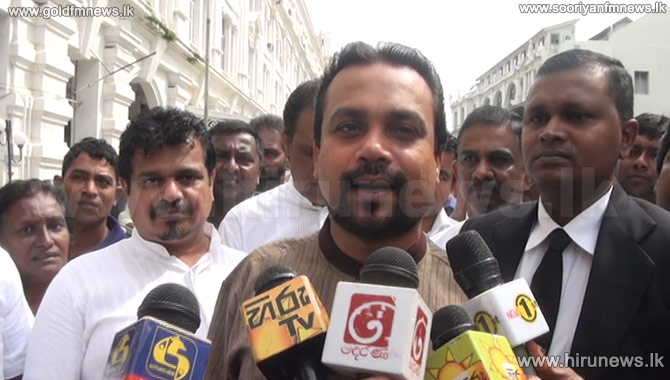 Leader of the National Freedom Front MP Wimal Weerawansa has arrived at the FCID today.

Weerawansa was summoned to record a statement with regard to investigations in connection with the misuse of government vehicles during his tenure as minister of Housing, Engineering and Construction during the previous regime.

Weerawansa was summoned to the FCID with regard to the same allegations on September 14th and was questioned for over seven hours.