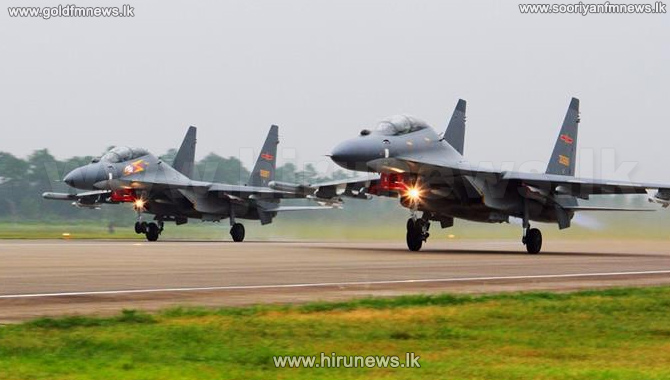 Japan scrambled jets Sunday after a fleet of Chinese aircraft flew into a strategically important strait near disputed islands in the East China Sea.

Japan sent out the jets after eight of the Chinese planes crossed back and forth over waters between Okinawa’s main island and Miyako-jima island near Taiwan, the Defense Ministry in Tokyo said in a statement. Two of the planes may have been fighter jets, the ministry said.

While the Chinese planes didn’t cross into Japanese airspace, it was the first time that Japan saw Chinese fighter jets in the Miyako Strait, Chief Cabinet Secretary Yoshihide Suga told reporters in Tokyo on Monday.

He said that Japan rejected China’s Air Defense Identification Zone that encompasses islands known as Senkaku in Japan and Diaoyu in China. “We cannot accept the implication that the airspace over the Senkaku islands, which are part of our territory, belongs to China," Suga said.

Prime Minister Shinzo Abe told parliament Monday that he’s looking to improve relations with China, but any unilateral attempts to change the status quo must not be tolerated in the East China Sea, South China Sea or anywhere else.