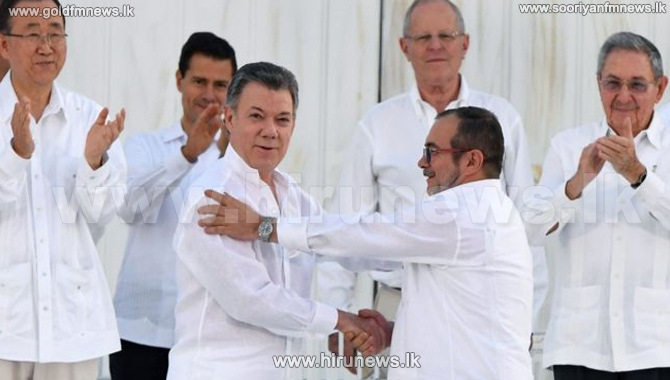 The Colombian government and left-wing Farc rebels have signed a historic agreement that formally brings an end to 52 years of civil war.

The rebel leader Timoleon Jimenez, known as Timochenko, apologised to "all the victims of the conflict" and was greeted by cheers and applause.

He said he would like to ask for forgiveness for all the pain that they have caused during this war.

The UN Secretary-General, Ban Ki-Moon, and leaders of Latin American countries were among those present.