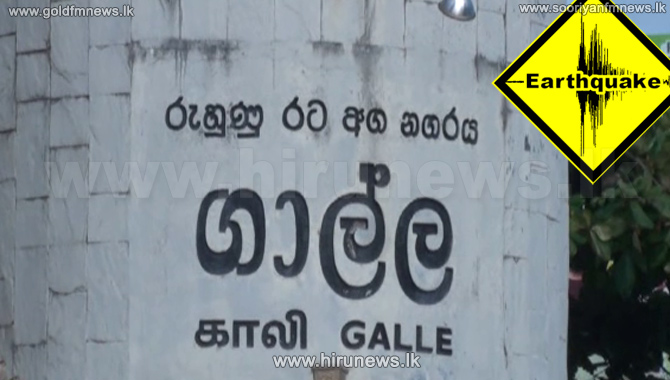 A mild tremor was felt in Galle area at around 5.45 this morning, Geological Survey and Mines Bureau says.

In addition it has been reported that a series of earthquakes occurred within the last 24 hours in the Indian Ocean off the coast of Indonesia.

The 4.7 magnitude earthquake was the last in the series to occur off Nicobar Islands.