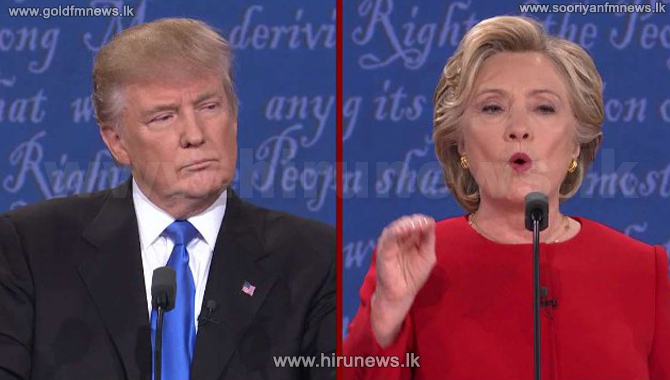 Republican Donald Trump’s performance in the first presidential debate was likely to bolster his supporters, but risked turning others off, interviews with undecided voters and experts in both parties said.

However, after interviewing undecided voters, it was still unclear whether the much-anticipated debate would fundamentally alter the course of the tight race.

Participants also said that they didn’t feel much better about the candidates after the debate than they did before.

Hillary Clinton forced Donald Trump onto defense over his temperament, refusal to release his taxes and his past comments about race and women during a fiery debut presidential debate Monday -- a potentially pivotal moment in a tight election campaign.

Clinton, who has seen her dominance of the presidential race fade in the weeks since the Democratic convention, delivered a strong performance in which she demonstrated a command of policy and a sense of humor, smiling through some of Trump's strongest attacks. She delivered the best zinger of the night in response to criticism from Trump for staying off the campaign trail recently.

"I think Donald just criticized me for preparing for this debate," she said. "And yes, I did. And you know what else I prepared for? I prepared to be President. And that is a good thing."

Trump came out swinging at the beginning of the debate, and made some effective points on the economy and jobs -- some of the aspects of his outsider presidential campaign that have struck a chord with many Americans. But the debate highlighted Trump's tendency to make false claims as he made inaccurate statements on everything from laws regarding policing, his support for the Iraq War and his contention that Clinton was behind the so-called birther conspiracy.

Appearing in the "spin room" after the debate to talk to journalists, Trump said he was happy with his performance.

Speaking to Hiru News exclusively Geoffrey Skelley, associate editor of the University of Virginia’s Center for Politics and students shared their views.