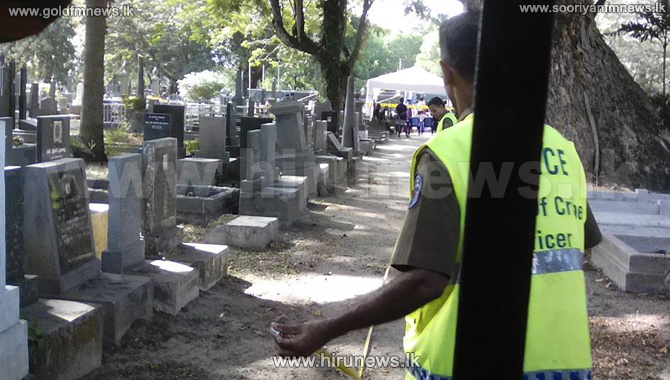 The remains of slain journalist Lasantha Wickramatunga which were exhumed today were sent to the Institute of Forensic Medicine and Toxicology in Colombo to conduct a fresh autopsy.

Exhumation of late journalist Lasantha Wickramatunga’s remains commenced at 8.30 AM today at the Borella Public cemetery following a Court order.

The CID, which is currently conducting an investigation into the case, informed the Mt. Lavinia Chief Magistrate that all relevant investigation reports are now in place.

According to the CID, the documents include investigation reports submitted by the Government Analyst, CID investigators and the JMO of Kalubovila hospital.

Previously, CID informed the Court that excluding the report submitted by the JMO, no other report has stated that late Wickramatunga died of gunshot wounds.

Accordingly, Court permitted to exhume the remains of late Lasantha Wickramatunga and conduct a fresh post-mortem by a team of JMOs.

Hence, the remains of the former journalist were exhumed before Colombo Additional Magistrate Mohamed Mihaal this morning.

However, police did not allow journalists to enter the Borella cemetery today to cover the exhumation of the remains.