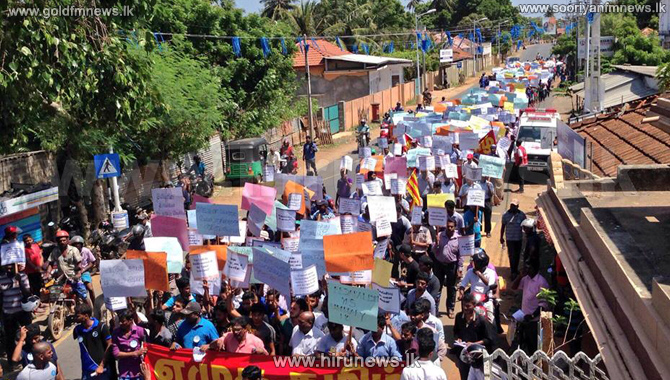 Various views were raised by political representatives at several media briefings and rallies held today, with regards to a statement made by Chief Minister of Northern Provincial Council C.V. Vigneswaran in Jaffna recently.

However, General Secretary of Nawa Samasamaja party Wickramabahu Karunaratne voiced his views in support of the statement made by the Northern PC Chief Minister.

The former President staed this at a religious ceremony held at a temple in Ampara yesterday.