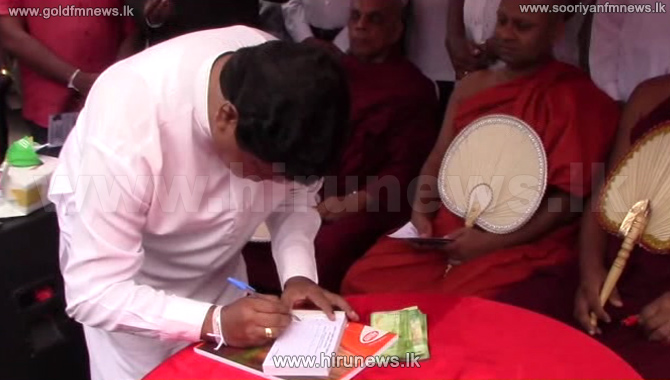 Different views of a faction, engaged in raising funds to pay a penalty on behalf of retired Major Wimal Wickramage, has caused division among the group.

The former Major was ordered by Court recently to pay Rs. 2 million compensation to the family of a former LTTE member.

Accordingly, War Heroes for the motherland organization as well as a group led by MP Bandula Gunawardana collected funds.

However, addressing a media conference held in Colombo today, convener of the War Heroes for the motherland Attorney-at-law Major Ajith Prasanna made an allegation against MP Gunawardana.

Ajith Prasanna charged that MP Bandula Gunawardana is preparing to handover the collection, by claiming that he initiated the fund raising campaign.