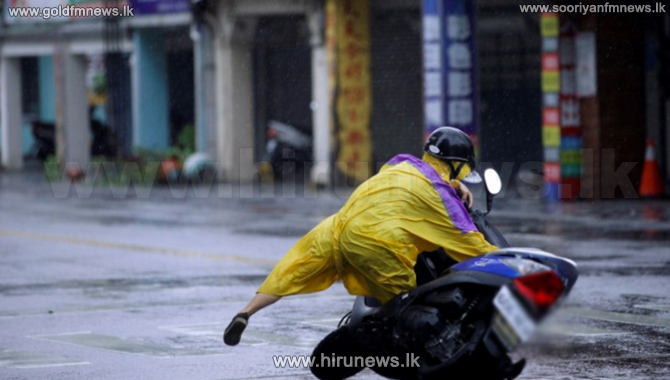 Four people died and at least 524 were injured in Taiwan after a powerful typhoon slammed into the country's northeastern coastline on Tuesday.

Most cities and counties announced that school and offices would be closed Wednesday, as well as the financial markets for a second day, Taiwan's Central News Agency reported.

More than 2,700,000 homes were left without electricity after some 38 inches (1000 millimeters) of rain fell in Yilan County, according to Taiwan's Central News Agency.

Reports of injuries and extensive damage were still coming in to Taiwan's emergency command center on Tuesday night, just six hours after Typhoon Megi made landfall.

The typhoon is the third storm system to hit the island in just two weeks, lashing Taiwan with winds up to 143 miles per hour (230 kilometers per hour).