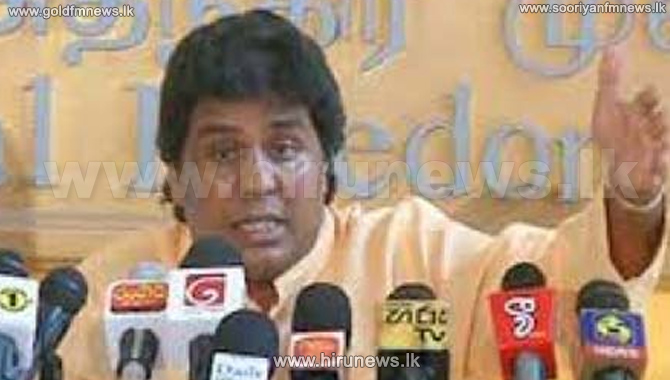 Kalutara District NFF MP Jayantha Samaraweera was arrested by the FCID this afternoon.

He was later remanded until October 5th.

Samaraweera was arrested with regard to the investigations in connection with some alleged abuse of government vehicles when he was the chairman of the then Housing Development Authority during the previous regime.

Samaraweera was questioned for several hours by the FCID when he reported to police to give a statement with regard to the misappropriation this morning.