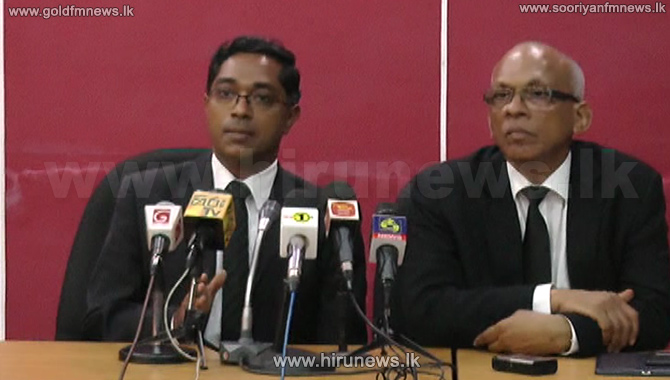 The Sri Lanka Bar Association stated today that the independence of the Judiciary has been intimidated due to some media reports published with regard to certain judges and court procedures.

Meanwhile, a senior lawyer and President Counsel Hemantha Warnakulasuriya made a revelation yesterday that the telephones of certain judges have been tapped.

Addressing a media conference organized by the Joint Opposition, its member MP Sisira Jayakody said that an inquiry should be held in connection with the allegation.