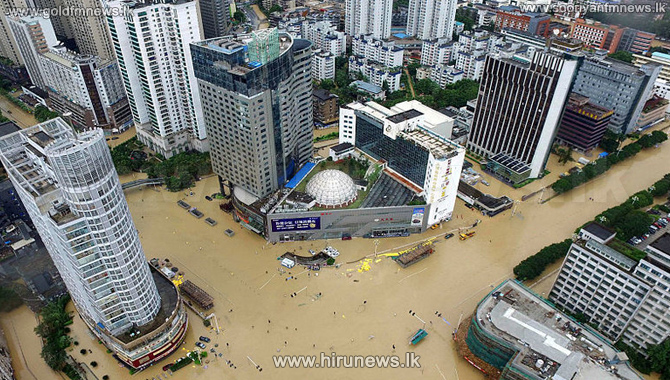 At least 32 people were reported missing Thursday after rain-saturated hillsides collapsed onto villages in southeastern China following a typhoon.

A rescue operation was underway in Sucun village in China's Zhejiang province, south of the financial hub of Shanghai, after it was hit by a landslide on Wednesday evening, leaving 26 missing, the state-run Xinhua News Agency reported.

Another six people are missing in Baofeng village, also in Zhejiang, after a landslide destroyed their homes.

The landslides were triggered by torrential rain brought by Typhoon Megi, which lashed southeastern China on Wednesday. The storm had already killed at least five people in China and Taiwan, and forced the closure of schools and offices and the cancellation of hundreds of flights.

Megi caused more than $10 million in damage as it swept across Taiwan before weakening into a tropical storm after hitting the coastal city of Quanzhou in China's Fujian province early Wednesday. At its height, it was packing winds of up to 118 kilometers (74 miles) per hour, China's National Meteorological Center said.