SLFP Focus on the Vigneswaran`s statement 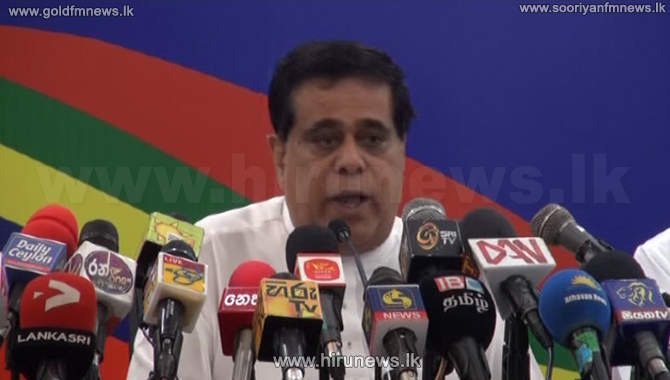 Sri Lanka Freedom Party states that the proposed new Constitution should include the type of actions to be taken against Chief Ministers such as Wigneshwaran.

Addressing journalists, Minister Mahinda Samarasinghe said that the Northern chief minister made such a statement to achieve petty political gains therefore such statements of his should be ignored.

Journalists also inquired about the propagandas carried out by certain media about some judges.

They also questioned about the complaint received by the Sri Lanka Bar Association citing that telephones belonging to certain judges are tapped.

The two ministers said that such incidents, if any, should be investigated.