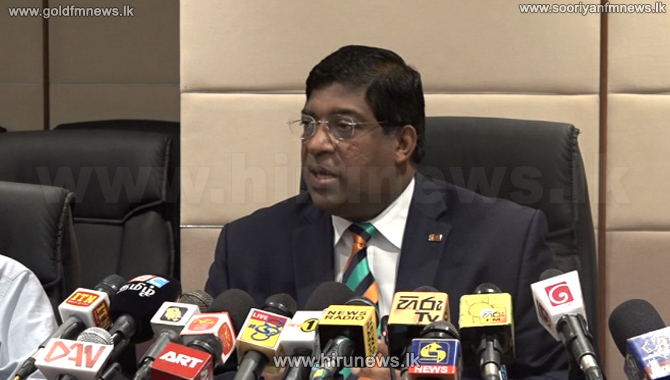 Finance Minister Ravi Karunanayake expressed his views during a media briefing held at his office in response to a recent statement made by MP Bandula Gunawardana.

Bandula Gunawardana recently said that there was a dispute in releasing the Gazette with regard to the proposed VAT.

Meanwhile, Department of Printing has made verification with regard to the Gazette notification of VAT.

The Department stated that the Gazettes are generally issued on Friday and supplementary could be issued until the next issue is released.

Therefore VAT Amendment Draft Bill was gazetted in the supplement on September 13, 2016 which followed its main edition issued on September 9, 2016.

Verifying the matter, the Department of Printing stated that the official date of the VAT Amendment Draft Bill should be September 13th, 2016.

Addressing the media, Finance Minister Karunanayake further said that the VAT Amendment Draft Bill will be presented to parliament next week.