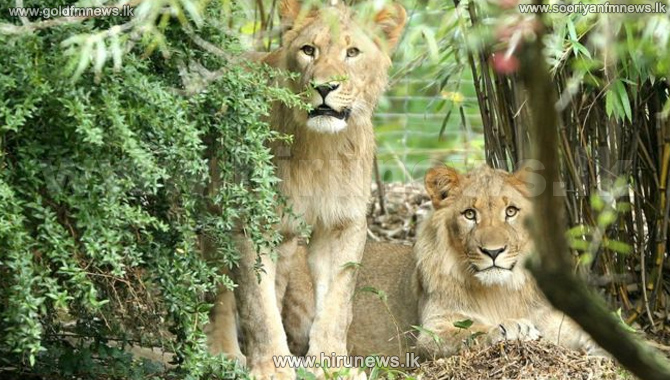 One of two lions that escaped from an enclosure in Leipzig zoo in Germany has been shot dead after attempts to use a tranquilliser failed.

The male lions, Majo and Motshegetsi, broke out of their enclosure and leapt over a moat at 08:40 (06:40 GMT) on Thursday, before the zoo opened.

They were discovered in undergrowth in a terrified state.

Although one of the lions was ushered back to its enclosure, the other remained agitated and had to be shot.

"This is a very, very sad ending, which I really would not have wished for," zoo director Joerg Junhold told reporters. "But in this case personal safety had to take priority."