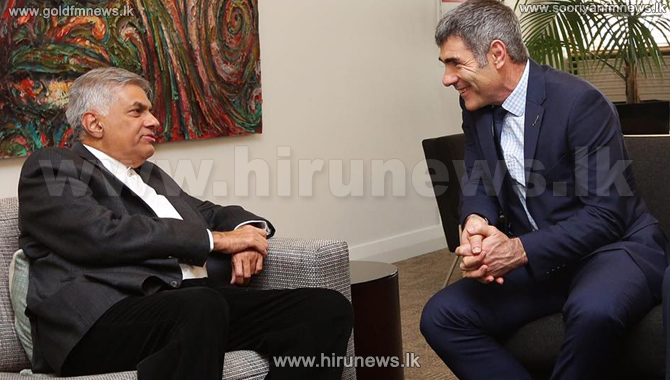 Prime Minister Ranil Wickremesinghe who along with a high level delegation left for New Zealand yesterday, arrived in capital today.

His three-day official visit begins on the 1st October.

The Premier and the delegation are expected to hold bilateral discussions with a number of New Zealand officials including Prime Minister John Key.

The two sides are expected to hold discussions covering topics such as the development of economic, social and political relations between the two countries focusing on dairy technology and trade and investment.