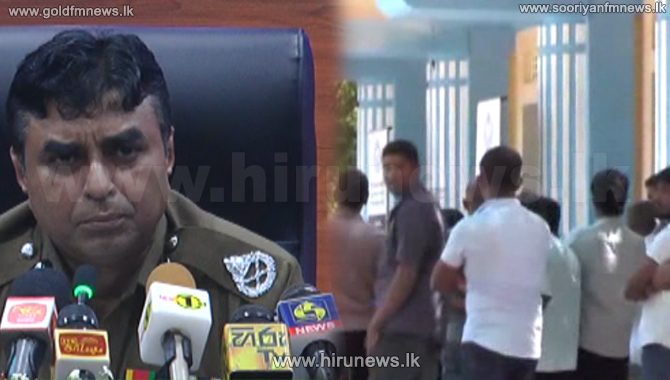 Inspector General of Police Pujith Jayasundara says that an investigation is underway to look into the incident where a Hiru reporter was threatened inside Hasalaka Police station following a report into illegal sand mining.

The IGP said this at the Police Headquarters last evening.

Hiru reported about the large scale illegal sand mining racket on 21st last month, showing that the Mahiyangana- Werangatota bridge was at high risk of disruption.

Later a petition was filed at Hasalaka police against the Hiru reporter.