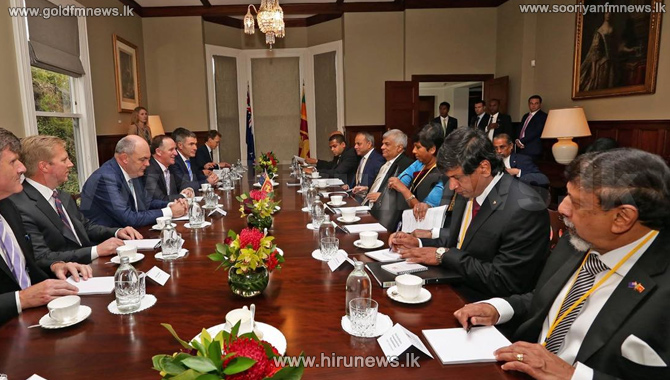 Prime Minister Ranil Wickremesinghe says that a new Anti-Terrorism Act will be introduced in future, in place of the Prevention of Terrorism Act.

The Premier, who is currently engaged in an official tour in New Zealand, stated this while addressing a joint media briefing held with his New Zealand counterpart today.

The official ceremony to welcome the Sri Lankan Prime Minister was held at the Auckland State House today.