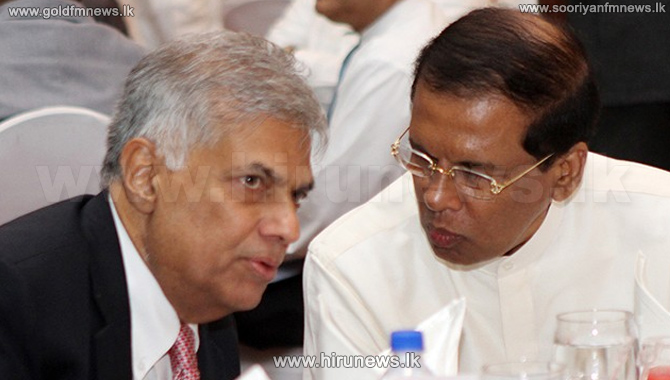 President Maithripala Sirisena and Prime Minister Ranil Wickremesinghe will be engaging in a visit to India in the next two weeks.

President Maithripala Sirisena is to leave for India in order to attend the BRICS summit.

BRICS - the intercontinental association comprises developing countries including Brazil, Russia, India, China and South Africa respectively, and the summit is to be held in Goa, India this year.

BIMSTEC has been established for countries located around the Bay of Bengal, with the aim of establishing Multi-Sectoral Technical & Economic Cooperation.

Accordingly, President Maithripala Sirisena is to attend the summit held in Goa on the 15th and 16th of October.

Meanwhile, Prime Minister Ranil Wickremesinghe is to arrive in New Delhi upon concluding his visit to New Zealand.

A discussion has also been scheduled with Indian Prime Minister Narendra Modi on Wednesday.

It has been reported that Indian Prime Minister and his cabinet ministers are to host a luncheon for the Sri Lanka Prime Minister.