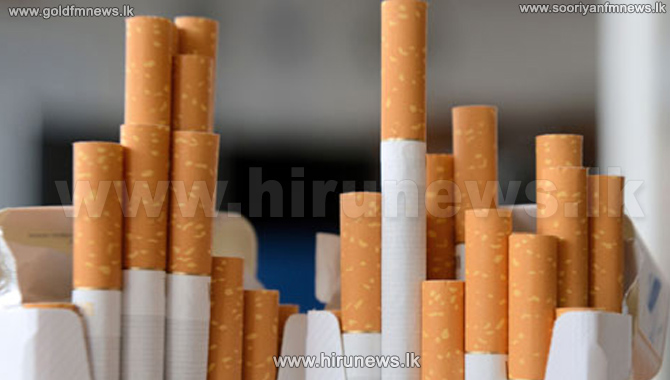 The cabinet decided to impose 15 percent VAT on cigarettes, and increase the production tax by 5 rupees for all cigarettes despite its quantity or brand.

However, the ADIC noted that the relevant gazette notification has not been released so far.

It has been reported to our news team that cigarettes are being sold at various prices by certain vendors.

However, in response to a question raised by the reporters following a ceremony held in Mutwal today, Finance Minister Ravi Karunanayake noted that stringent measures will be taken against the vendors who conceal stocks of cigarettes.

The Minister also noted that measures would be taken to minimize smoking, eventually leading to its elimination.