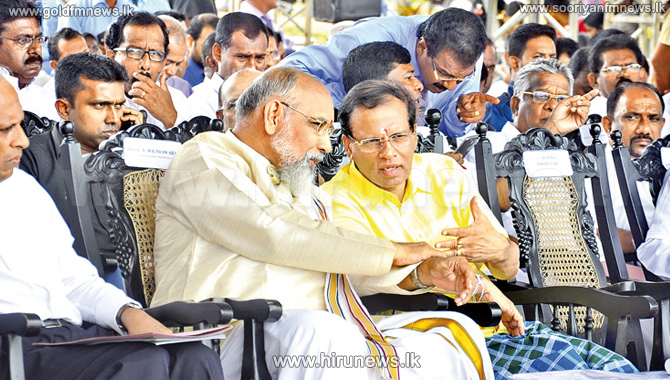 The closing ceremony of the 42nd National Sports Festival was held at the Doreiappa Stadium in Jaffna under the patronage of President Maithreepala Sirisena.

Opposition leader R. Sampanthan and the Chief Minister of the Northern Province C.V.Vigneswaran too have graced the event.

The National Sports Festival commenced last 29th and the sports events were held from last Friday.

The president declared open two newly constructed water purification plants upon a request made by the students.

Following the proceedings, President attended the closing ceremony of the National Sports festival.