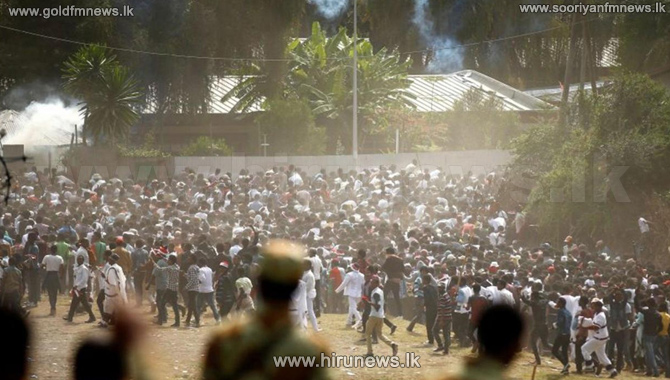 Fifty-two people were killed and many more injured in Ethiopia's Oromia region during a protest at a religious festival, the government says.

Prime Minister Hailemariam Desalegn said rioters had caused "pre-planned mayhem" that led people to fall to their deaths in ravines.

He denied reports that the security forces had opened fire.

In a national address on state TV, he praised their "great efforts" to protect the public and blamed "evil forces" for the deaths, vowing to bring to justice those responsible..

Thousands had gathered for the religious festival in Bishoftu, 40km (25 miles) from the capital Addis Ababa.