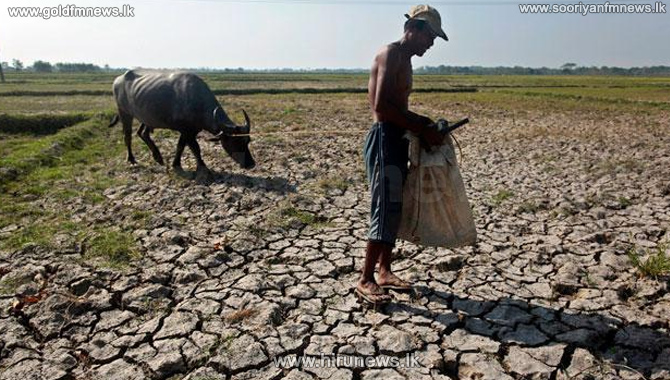 The prevalent dry weather is causing serious distress to more than 200,000 persons in several provinces across the island.

The Disaster Management Centre said that residents of Trincomalee, Batticaloa, Polonnaruwa, Kurunegala, Vavuniya, Kilinochchi, Ratnapura and Hambantota districts are suffering the consequences of the dry conditions.

Polonnaruwa and Batticaloa being the worst affected,

Reports say that several sectors, especially the agricultural sector are impacted negatively, where paddy and other cultivated supplementary crops have been severely reduced.

Meanwhile with the onset of the dry weather, milk production in the Puttalam District has dropped by 50 per cent.

Our reporters say that while the Puttalam District contributes towards a large percentage of the islands milk production; several grasslands in the area have been destroyed resulting in milk farmers facing a severe difficulty with regard to feeding cattle.

A consequence of all minor tanks in the Puttalam district drying up, has led to challenges being faced to provide drinking water for cattle.