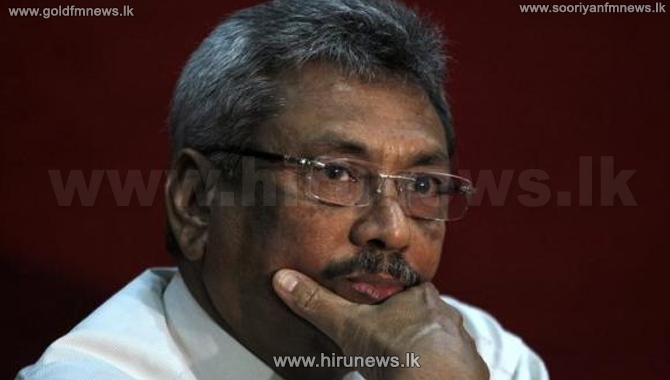 Gotabaya’s lawyers requested Court to release the passport of their client to enable him to participate in a security conference held in China.

Gotabaya Rajapaksa and 7 others were released on bail last week after they were produced before Court in connection with the Avant Garde floating armory.

Another suspect in this Case, Major General Palitha Fernando had submitted a request to participate in the Asian Athletic Association conference, however this was rejected by the Magistrate.