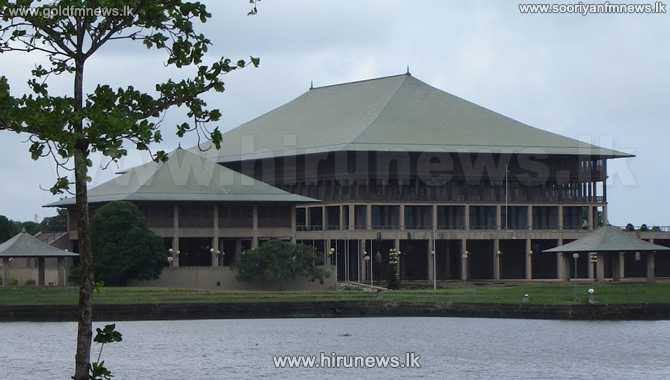 The parliament debate on the Draft Bills of Buddhist Temporalities Ordinance and Theravada Bhikku Dialogue were indefinitely postponed by political party leaders today.

Earlier, it was planned to take the two Draft Bills for debate in parliament tomorrow.

However, the political party leaders who met at 11 am this morning at the parliament complex decided to postpone the debate until a written agreement towards the Bills is obtained from the Chief Prelates.

Controversy erupted with regard to the Buddhist Temporalities Ordinance after the method of electing the main custodian for the Temple of the Tooth was disputed.

The Chief Prelate of the Malwathu Chapter Most Venerable Tibbatuwawe Sri Sumangala Thera said that the Ordinance should not be amended if voting rights are granted to other Buddhist Sects in electing the main custodian of the Temple of the tooth.

The Malwathu Chief Prelate raised his objections to the Minister of Justice and Buddhasasana Wijedasa Rajapaksa when the latter paid a courtesy call on the former yesterday.