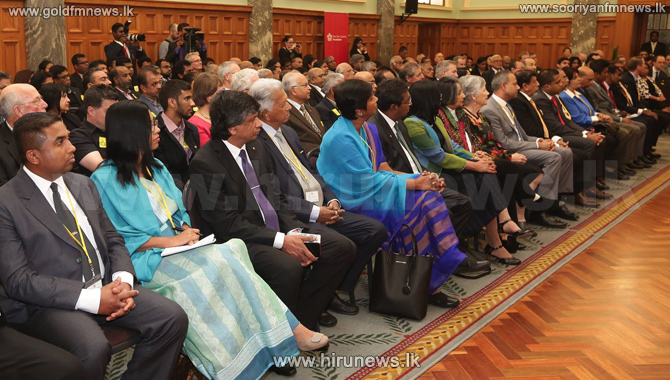 Prime Minister Ranil Wickremesinghe says that if SAARC does not yield the results acceptable to all its members Sri Lanka will be compelled to consider another option.

The Prime Minister said so while delivering a special speech yesterday during his New Zealand visit at the New Zealand parliament House.

While the speech titled “Sri Lanka and its place in the world”, was delivered at an event organised by the Asia – New Zealand Foundation.

New Zealand’s MPs and a group of experts including the chairman of the Commonwealth Foundation, former New Zealand Governor Sir Anand Satyaan and were in attendance at the event.

Meanwhile, Prime Minister Ranil Wickremesinghe will be arriving in New Delhi today with a delegation, for a three-day official visit during which time he will be attending the India Economic Summit which begins on 6th October.

On Thursday the prime minister will attend the Opening ceremony of the Summit along with Indian Minister of State for Commerce and Industry Nirmala Sitharaman.

Prime Minister Narendra Modi will host a lunch for the visiting dignitary.