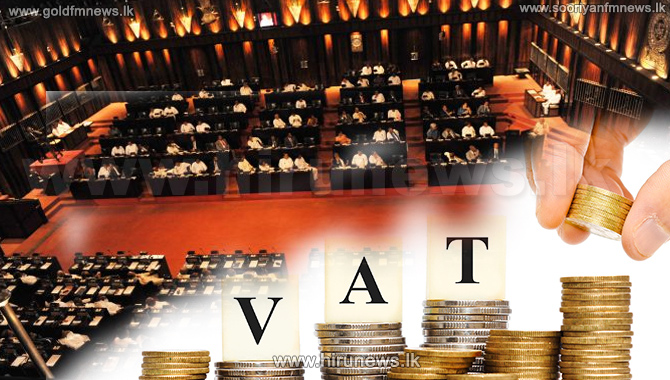 The draft amended VAT will be presented today in parliament again by Finance Minister Ravi Karunanayake.

The Supreme Court had said that the draft Act recently presented in parliament for increasing the VAT from the then existing 11 per cent to 15 per cent was not in accordance with the constitution.

On this occasion the Court had asked that the draft Act be prepared in accordance with the proceedings mentioned by the Supreme Court.

On September 13th the cabinet approved the draft Amendment VAT Act that was prepared accordingly.

Co-cabinet spokesman Minister Rajitha Senaratne said that according to the new draft amendment VAT Act, approved by the cabinet, the tax of 15 percentage will not change.

Similarly the Minister also said that these proposals were valid for a short period of nine months.

The Minister also stated that SLFP proposals had been included in the relevant draft Act.