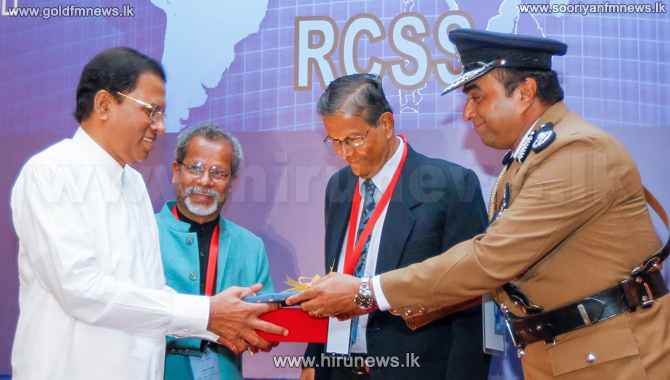 An international conference to mark the 150th anniversary of Sri Lanka Police service was inaugurated under the patronage of President Maithripala Sirisena in Colombo today.

The conference was held under the theme “Future police service - anticipations and challenges before South Asia.”

Meanwhile, the first flag to mark this year’s ‘International White Cane Day’ was pinned on President Maithripala Sirisena at the Presidential Secretariat this morning.

The Presidents’ Media Unit further stated that a butterfly token was also pinned on the President to commemorate the World Mental Health Day today.