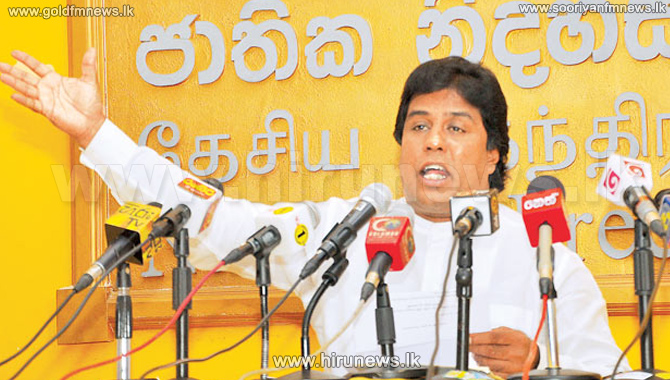 They were remanded by Colombo Fort Magistrate Lanka Jayarathna this morning.

Samaraweera was arrested on September 28th with regard to the investigations in connection with the alleged misuse of government vehicles , when he held the position of chairman of the then Housing Development Authority during the previous regime.

NFF MP Jayantha Samaraweera was arrested when he reported to the FCID to record a statement.

The FCID arrested Weerawansa in connection with the alleged misuse of government vehicles when he was the private secretary between 2009 and 2015, to the former Housing Minister Wimal Weerawansa during the previous regime.

Sarath Weerawansa has been charged under the Public Property Act for the misuse of government funds amounting to 10 million rupees.