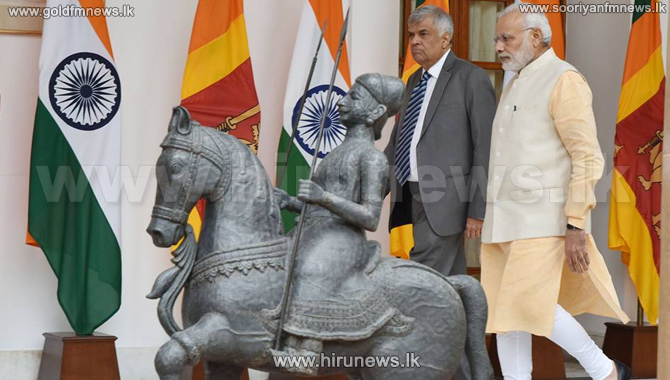 Indian External Affairs Minister Sushma Swaraj stated that the Indian government would commit itself to further strengthen the friendship and rapport with Sri Lanka in the future.

The Indian External Affairs Minister has stated this during her meeting with visiting Sri Lankan Prime Minister Ranil Wickremesinghe today.

She has also stated that swift action should be taken to settle the Indo- Sri Lanka fishermen’s issue.

Meanwhile, former Indian Prime Minister Manmohan Singh stated that one of the greatest victories that has achieved by Sri Lanka is to form a national government thereby creating an environment to work in harmony with other political parties such as the TNA and JVP.

Former Premier Manmohan Singh stated this during a meeting he had with the visiting Sri Lankan Premier Ranil Wickremesinghe today.

Indian Congress leader Sonia Gandhi who was also present at the meeting has inquired about the new development agenda of Sri Lanka and its regional relations.