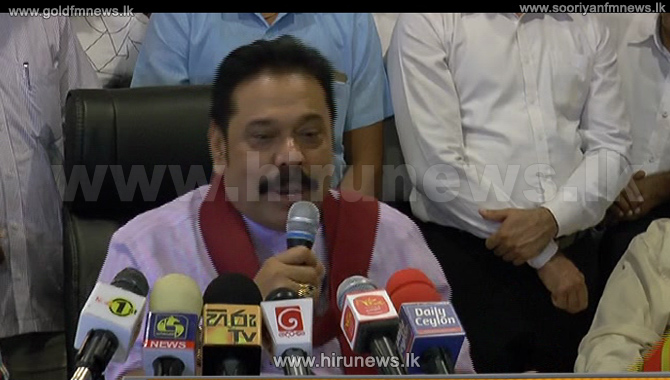 Former President Mahinda Rajapaksa says that he is opposed to the merger of the Northern and Eastern Provinces.

The former President made the statement after a discussion with representatives from Professional Organisations. The meeting was held at his office located at Nelum Mawatha in Battaramulla.

On this occasion the former President Mahinda Rajapaksa said further that an organisation from the Muslim Community would also be created for supporting the new force preparing to form a joint opposition.