An Indo-Sri Lanka committee against Narcotics network to be established 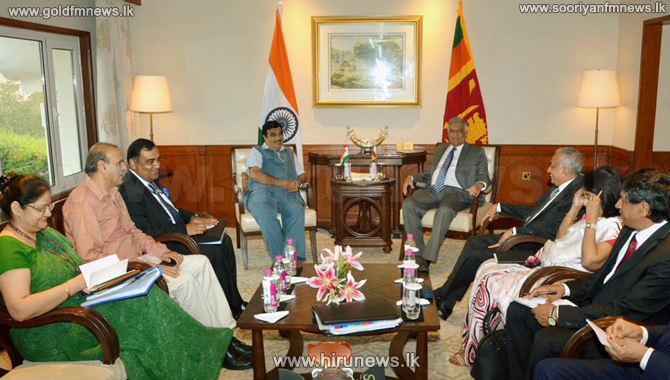 A bilateral discussion was held between Prime Minister Ranil Wickremesinghe, who is on an official visit to India, and Indian President Pranab Mukerji at Rashtrapathi Bhavan in New Delhi last afternoon.

On this occasion President Mukerji was informed of an invitation from President Maithripala Sirisena to visit Sri Lanka, with the hope of further strengthening the close relationship between the two countries.

Indian President had reportedly expressed his pleasure at the President’s invitation.

During the discussion held at the Taj Palace in New Delhi the attention of the two leaders was drawn to subjects such as the importance of working jointly with regard to regional terrorism, narcotics transport, human trafficking, oceanic safeguard and cyber security.

At a beginning of the programme a decision was also taken to set up a joint committee for taking action against the narcotics network.

The Prime Minister’s office said that at this discussion views were also exchanged about re-organizing the police and Intelligence Division with regard to this.

The two leaders focused on the need for all members of SAARC to contribute toward the exercise of eliminating cross border terrorism and establishing peace in the region.

Furthermore, the two Premiers exchanged views on the methods and strategies to be followed by both parties for the sustainable development and peace in the region, and agreed that it is important to maintain SAARC efficiently and effectively.