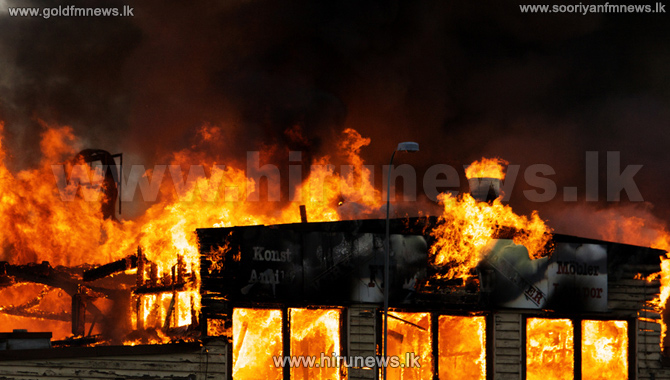 The fire fighters have yet to douse the blaze that broke around 5 o’clock early this morning in a drug and pharmaceutical store near the Maliban Junction on Ratmalana Aththidiya road.

No casualties have been reported as yet.

Meanwhile, a fire erupted in a house in Kaduwela, Bomiriya this morning.

Fire Extinguishing Unit of the Kotte Urban Council together with residents in the area have controlled the fire.