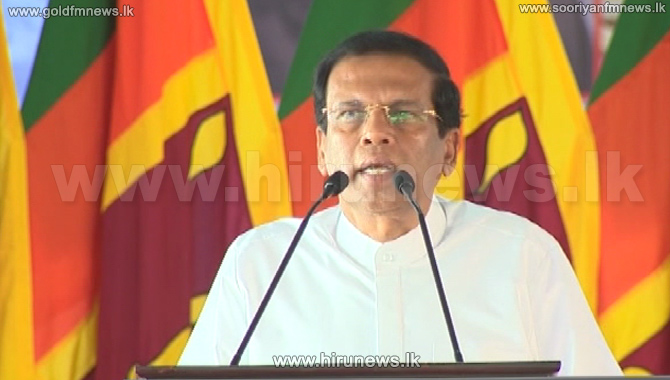 President Maithripala Sirisena noted that the current government fortifies the excellence of the country’s long history, spanning for thousands of years.

The President stated this while participating in a ceremony to inaugurate the left bank development project of Minipe Channel this evening.

The President further stressed that measures would be taken to build the country with everyone’s cooperation, despite the claims made by critiques while enjoying the prevailing independence and democracy.

Left bank development project of Minipe channel, which spans 74 km, will be implemented under Rs. 2.6 billion of financial aid provided by the Asian Development Bank.