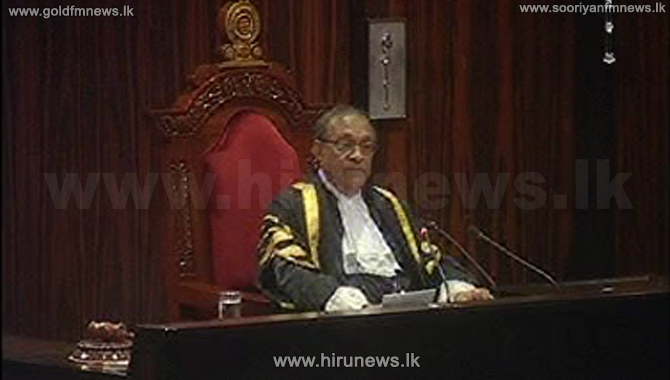 Speaker Karu Jayasuriya stated in parliament today that it is inappropriate to use abusive words in the house.

The speaker was compelled to say so after a tense situation erupted in the house today as Minister Sarath Fonseka intervened while State Defence Minister Ruwan Wijewardene was responding to a question raised by MP Udaya Gammanpila.

MP Dinesh Gunawardana drew the attention of parliament under the Standing Order 2 / 23 with regard to the prevailing dry weather in the island.

Disaster management Minister Anura Priyadarshana Yapa said that respective authorities have been directed already to take necessary measures with regard to the situation.