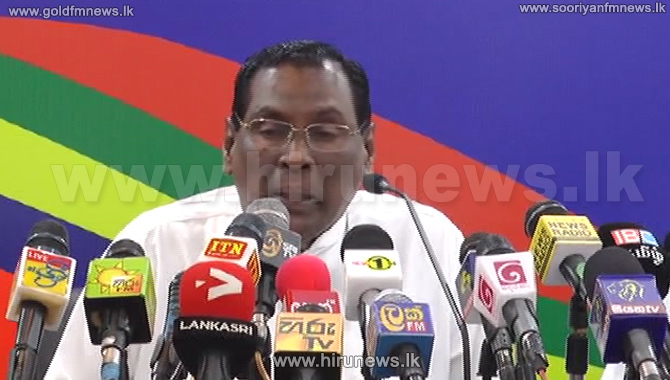 Minister W.D.J. Senevirathna denied the statement made by MP Pavithra Wanni Arachchi, saying that she wasn’t permitted to use the Seewali Ground for the proposed Joint Opposition rally on October 8th.

Minister Senevirathna disclosed this during a media conference held at the SLFP headquarters this afternoon.

Addressing the media, SLFP Media Spokesman State minister Dilan Perera said that there is a secretive deal between the Joint Opposition and the United National Party.