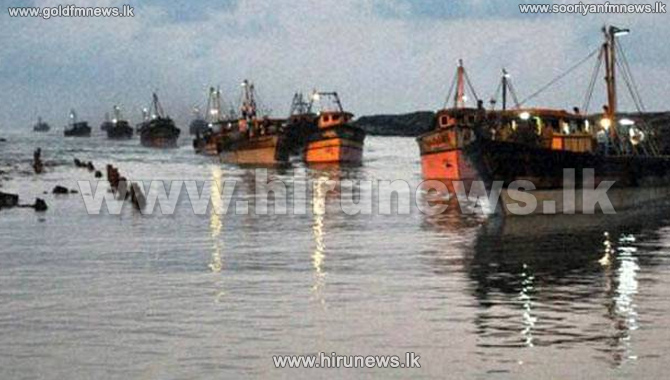 Emphasizing the need to resolve the issue concerning illegal fishing, Prime Minister Ranil Wickremesinghe said unless a solution is found there will be a "lot of problems" for the country's fishermen who are being deprived of their catch.

Premier Wickremesinghe, who met with Indian Prime Minister Narendra Modi yesterday, said he has taken up the matter with his Indian counterpart and plans to arrange a meeting with the ministers concerned in this regard.

Meanwhile, the mechanized boat fishermen of Rameswaram called for an indefinite strike.

Leaders of 11 mechanized boat fishermen associations convened an urgent meeting and adopted resolutions to launch a strike from today.

The meeting also appealed that the Centre provide compensation and take steps for the release of five Indian fishermen and 104 Indian fishing boats being detained by Sri Lanka.