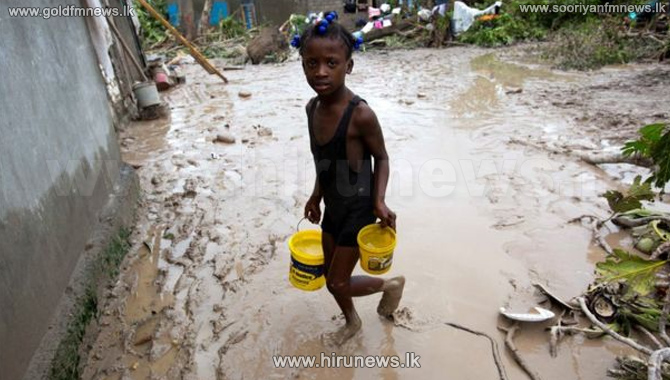 The death toll from Hurricane Matthew's furious blast across beleaguered Haiti rose to more than  280 people  late Thursday night, while the Atlantic basin's most powerful storm in almost a decade continued its unrelenting march toward the U.S. East Coast.

Matthew, which has prompted evacuation orders for more than 2 million people from Florida to South Carolina. is the most powerful single hurricane on record to make landfall in Haiti, Cuba and the Bahamas. Other countries in the region also felt the storm's fury.

Matthew was smashing through the Bahamas on Thursday, and little information on damage was immediately available. At least four died in the Dominican Republic, Haiti's neighbor on the island of Hispaniola. Deaths also were reported in Colombia and St. Vincent and the Grenadines.