Basil informs Court that Malwana property is not his 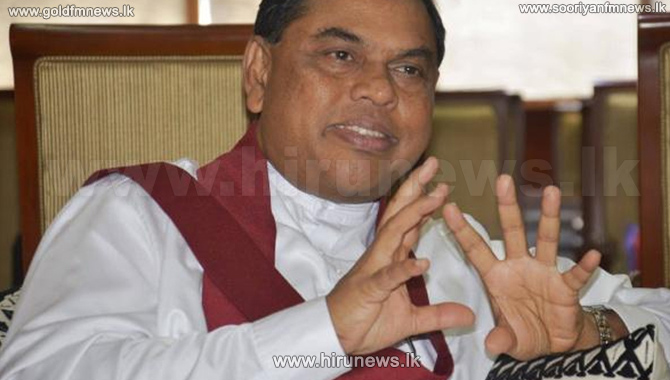 Former Minister Basil Rajapaksa has informed the Pugoda Court that the 16 acre property on Gangabada Road in Malwana is not owned by him.

Pugoda Chief Magistrate D.A. Ruwan Pathirana stated that the verdict on the Case with regard to the said property will be announced on October 14th.

The Former Minister was accused of abusing public funds to purchase the property in  Malwaana.

He appeared before Court today when the Case was taken for hearing .

At the same time, Muditha Jayakody, the lawyer of the registered owner of the land, told Court that his client states that he neither claims the property is his , nor did he invest into building a house on the said land.

At this juncture, Deputy Solicitor General Thusitha Mudalige requested that the said property be auctioned off by the court  and the money be deposited into the Court Account.

Meanwhile,the Colombo Chief Magistrate Gihan Pilapitiya issued notice on State Minister A.H.M. Fowzie to appear in Court on October 28th in connection with a Case filed by the Commission to Investigate Bribery or Corruption.

State Minister Fowzie has been accused of committing a corruption by using a jeep worth 19.5 million rupees that belonged to the Disaster Management Center during his tenure in office, between 2014 and 2015.

In addition, the Colombo High Court decided today that the case involving the 6.4 million rupees ransom against MP Prasanna Ranatunga and his wife  be heard on January 26.

At the same time, NFF media spokesman Mohamed Musammil also appeared before the Special Presidential Commission of Inquiry on Massive Fraud and Corruption this morning in connection with the abuse of vehicles that belonged to the then Presidential Secretariat.