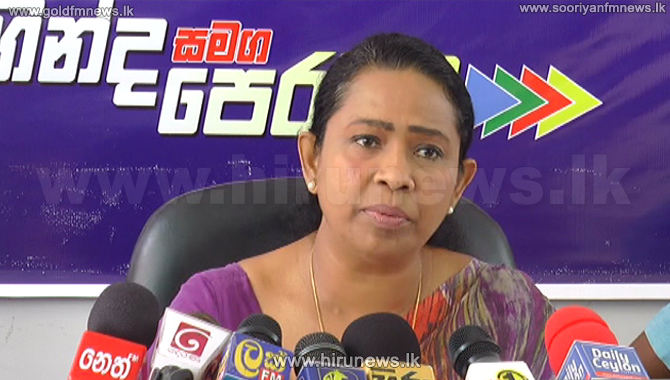 The Joint Opposition complains that the government has been taking action against the rally to be held in Ratnapura tomorrow.

Speaking to journalists at the briefing, MP Pavithra Wanni Arachchi gave further details about the proposed rally in Ratnapura.

She made references to a statement made by SLFP Ratnapura District leader W.D.J. Senevirathna during a media conference held yesterday.