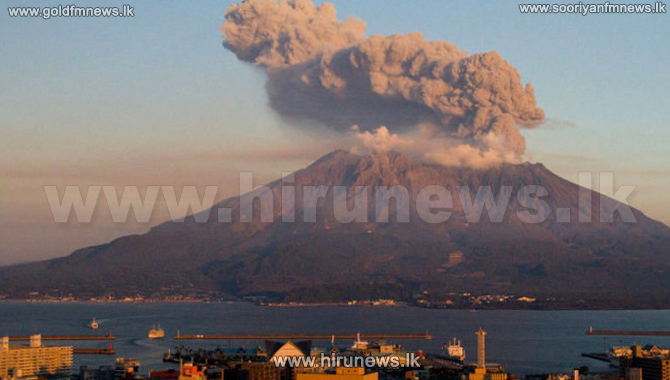 Japanese media said there were no immediate reports of injuries from the eruption, which began at 1:46 a.m. local time (1646 GMT Friday) on one of the peaks of the 1,592-metre (5,222 feet) mountain in Kumamoto Prefecture, the agency said.

It was the first eruption at the peak since January 1980, media reports said.

The meteorological agency raised the alert level for the volcano to level 3 on a scale of 5, telling people not to approach the mountain and warning of falling rocks.

Mount Aso is one of the most active peaks in Japan but is also a popular hiking spot.

Japan lies on the "Ring of Fire", a horseshoe-shaped band of fault lines and volcanoes around the edges of the Pacific Ocean, and is home to more than 100 active volcanoes.

Mount Ontake in central Japan erupted unexpectedly in 2014, killing 63 people in the worst volcanic disaster in Japan for nearly 90 years.