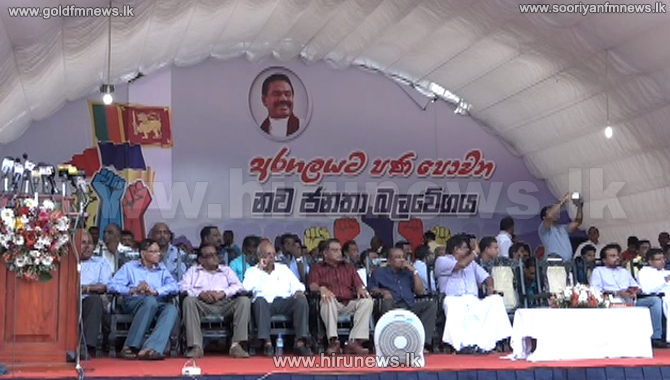 The organizers took measures to conduct the rally in a lorry park after an issue arose in reserving the Rathnapura Seevali Grounds.

Our reporters at the venue stated that many SLFP MPs and local government representatives supporting the joint opposition also participated in the rally.

Speaking at the rally, Parliamentarian Kumara Welgama stated that there will be a political change in the country by January.