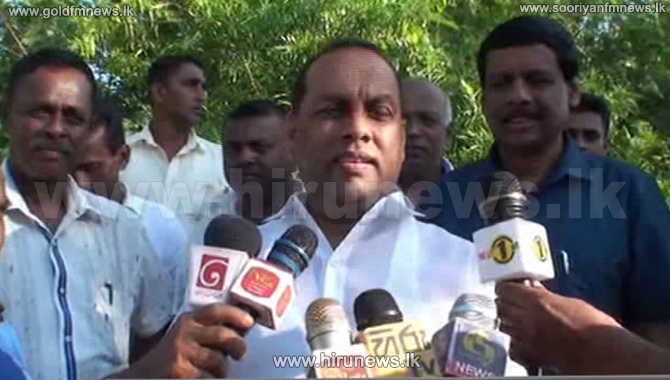 General Secretary of the UPFA minister Mahinda Amaraweera says that disciplinary action will not be taken against the MPs who attended the Joint Opposition Rathnapura Rally.

He stated this to the media, attending a function in Agunukolapelassa yesterday.

Former President Mahinda Rajapaksa says that he is geared to provide the people with what they need.

He stated this attending the public rally organized by the Joint opposition, yesterday in Ratnapura.