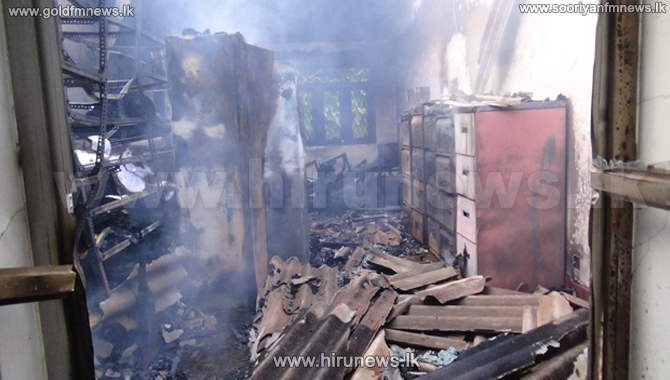 It has been revealed that the fire which erupted at the Eppawala state phosphate factory was not a natural ignition but a fire initiated using inflammable fuel.

This was revealed during investigations conducted by Additional Analyst Ariyananda Weliangage from the Government Analyst’s Department.

The Thambuththegama Magistrate’s court ordered the Government Analyst’s Department to conduct an investigation into the incident, as the fire which erupted on the 21st of June, destroyed many important documents of the company.

The Anuradhapura Division Crime Prevention unit noted that an investigation is underway in order to take into custody those responsible for the crime.

Police suspect that the fire was an act to cover up company’s financial discrepancies that took place in the past.