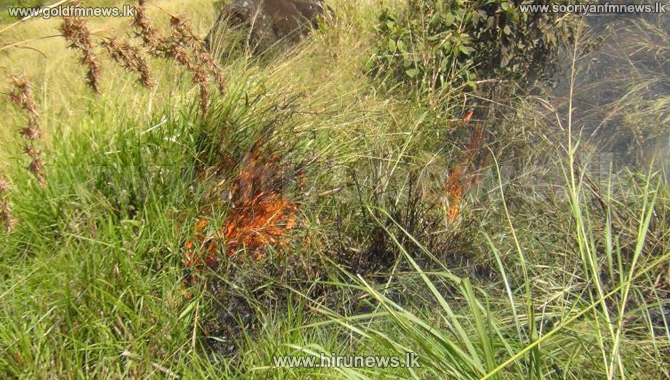 Due to the prevailing dry weather condition, 300 acres of land have been destroyed following a fire which erupted in the western slopes of Rahalagala forest reserve in Aranayake, Mawanella

According to the police, the blaze has been doused completely.

The fire which erupted last night has destroyed the cinnamon plantations and tea estates in the area.

The initial investigations have revealed that the hunters have set the forest alight with the intension of killing game.

The environmentalists say that bush fires can dry up water sources.

Meanwhile, another blaze erupted at Beragala Kanda forest reserve in Haputale this afternoon.

Our correspondent noted that, the blaze erupted intermittently in the area.

Measures are being taken by the Police and the Disaster Management Centre to douse the fire.