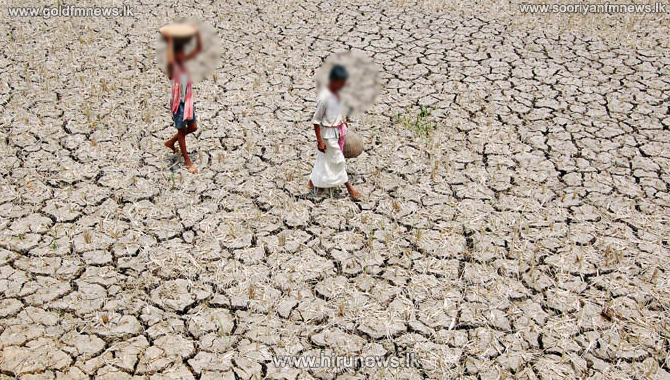 The government requests the public to consume water and electricity sparingly, due to the prevailing dry weather condition.

According to the Disaster Management Centre, the inclement weather has affected 19,527 persons in 16 districts.

Districts including Anuradhapura, Polonnaruwa, Ampara and Moneragala have been identified as the areas mostly affected by the weather.

In addition, a drinking water crisis has been reported from Hambantota district.

The Disaster Management centre and the water board have taken measures to distribute drinking water via bowsers to the affected areas.

The Water Board also noted that in certain areas, drawing water from water sources have become problematic.

However, General Manager of the National Water Supply and Drainage Board G.A. Kumararatna noted that measures will be taken to limit the distribution of water, if the dry weather condition persists.

Meanwhile, the water levels of the reservoirs near hydro power plants have receded due to the dry weather.

Minister of Power and Renewable Energy Ranjith Siyambalapitiya noted that steps have been taken to supply electricity without interruptions, via coal and thermal power plants.

The Met Department also noted that the current weather condition is expected to prevail for several weeks.