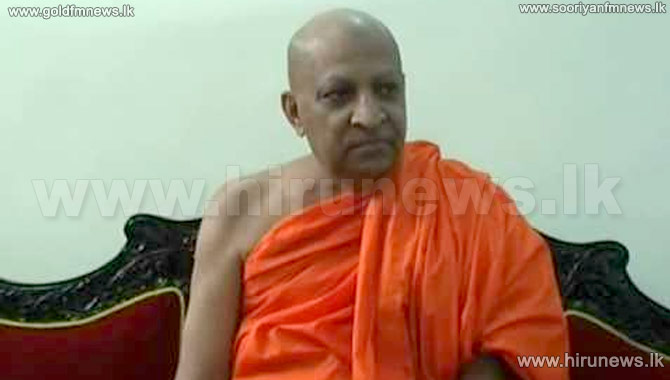 Speaker of Switzerland Christa Markwalder, currently on an official visit in Sri Lanka, paid homage to the Temple of the Sacred Tooth Relic in Kandy this morning and later she paid a courtesy call to the Chief Prelate of Asgiri Chapter Most Venerable Warakagoda Gnanarathana Thera.

The Chief Prelate, invoked blessings upon the Swiss Speaker and noted that the international communities have a positive impression on Sri Lanka.

Later, Chief Prelate of Malwathu Chapter Most Venerable Thibbatuwawe Sri Sumangala Thera invoked blessings upon the visiting Swiss Speaker, when she paid a courtesy call to the Maha Nayaka Thera.

The Chief Prelate has noted that despite racial, religious and political extremists living in the island, they do not have the potential to cause any impact on the national reconciliation.

The Maha Nayaka Thera has also emphasized on the commendable commitment the President and the Prime Minister have made in ensuring reconciliation in the country.