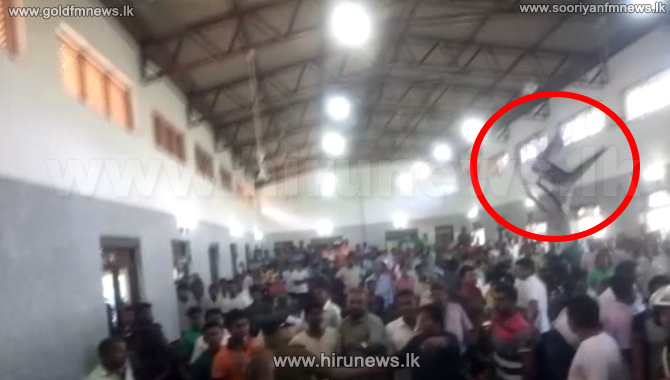 A clash between two factions of the UNP took place during a function held in Aanamaduwa.

It was decided by the organisers to cancel the event, that was to be held at Aanamaduwa Sudampaya Hall, to felicitate UNP’s veteran members and experts in different fields,

State Minister Niroshan Perera was to participate in the function as the Chief Guest.

Our repeated efforts to contact State Minister Palitha Rangey Bandara for comments were not successful.